Join us for a monthly study group exploring literary texts written by women writers spanning decades and cultures. Led by Dr. Sarita Cannon, this promises to be a deep and transformative experiences in itself as we dive into the the worlds of this notable books that each represents a slice of the female experience throughout time.

Kate Chopin’s novel The Awakening is a quintessential feminist narrative about a woman who seeks to change her life in a time and place where women’s roles were tightly circumscribed.  This 1899 piece will be the starting point for a 6-part series in which we will read and discuss how women writers grapple with intersecting modes of oppression and offer possibilities for personal and collective transformation. We will also read Nella Larsen’s 1928 novella Quicksand, which follows a young Black biracial woman’s search for home and Toni Morrison’s 1973 novel Sula, which chronicles a decades-long friendship between two Black women. Next we will read Bharati Mukherjee’s 1989 novel Jasmine about a young Pakistani widow who makes a new life for herself in the United States, followed by Edwidge Danticat’s haunting 1998 novel The Farming of Bones, which tells the story of a working-class woman who survives the government-sanctioned massacre of Haitians on the Haitian-Dominican Republic border in 1937. We will conclude by reading Terese Marie Mailhot’s stunning 2018 memoir Heart Berries, which wrestles with intergenerational trauma in Indigenous communities and the healing potential of art. In addition to considering how these authors thematize metamorphosis, we will also discuss how they transform literary genres such as the bildungsroman (coming-of-age narrative) and memoir. All are welcome, and no previous background in literary analysis is required. I look forward to embarking on a journey of transformation with participants as we discuss these potent, affecting, and timely narratives.

Instructor: Sarita Nyasha Cannon is Professor of English at San Francisco State University where she teaches 20th-century American Literature. She graduated magna cum laude from Harvard University with an A.B. in Literature, earned a Ph.D. in English from University of California, Berkeley, and held a Postdoctoral Research Fellowship in American Indian Studies at University of Illinois, Urbana-Champaign. Dr. Cannon’s scholarship on multiethnic literatures, critical pedagogy, and feminist theory has appeared in Interdisciplinary Humanities, Asian American Literature: Discourses and Pedagogies,MELUS, The CEA Critic, African Voices, Ethnic Studies Review, and Biography.  A global citizen committed to cross-cultural exchange, she has presented her work at conferences in Spain, France, Portugal, Japan, South Africa, Tunisia, Morocco, Ghana, and Australia. Dr. Cannon’s book manuscript, “Black-Native Autobiographical Acts: Navigating the Minefields of Authenticity,” examines Black-Native narratives across a wide range of autobiographical modes from the early twentieth century to the present in order to show how people of African and Indigenous ancestry have engaged in anti-hegemonic modes of self-inscription that challenge both racial and generic boundaries. 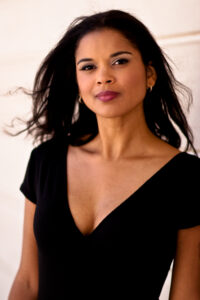